For Immediate Release
Contact: NJLP State Chair Patrick McKnight 609-915-7200
Email: This email address is being protected from spambots. You need JavaScript enabled to view it.

New Jersey law requires that to have a party column, a political party must “poll at any primary election for a general election of at least ten per centum (10%) of the votes cast in the State for members of the General Assembly at the next preceding general election.”

Please provide whatever support you can to our candidates!

Vote NO on Ballot Question # 2

I urge everyone to vote NO on Ballot Question #2.

Ballot question number 2 amends the State Constitution, increasing the minimum wage to $8.25 as of January 1, 2014 and enacts a yearly increase in the minimum wage based on the consumer price index.

Minimum wage laws do absolutely nothing to increase the wealth of poor people. Minimum wage laws reduce the employability of the young and the unskilled. No employer will hire someone at a loss. These laws block individuals from accepting a wage where they can increase their skills and build up a resume. This produces endemic poverty among those who are barred from entering the labor force at a wage commensurate with their skills. On the job training is an essential tool for those unable to afford post-secondary college to increase their employability and income. The bottom rungs of the economic ladder get cut off for many who are just entering the workforce. The harm that minimum wage laws cause is concentrated among the most vulnerable, the young, minorities, and the disabled. 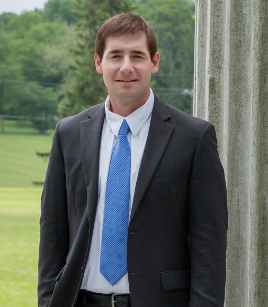 Our candidates have successfully petitioned to be on the ballot!

In the November 2013 elections five candidates have successfully petitioned to be on the ballot in the state of New Jersey under the Libertarian Party banner.

Much thanks go out to the many petitioners who contributed to this effort. Stay tuned for more information on their campaigns!

Created: 21 May 2013 | Written by Sean O'Connor | Print | Email
By: Sean O’Connor, Libertarian Candidate for the New Jersey General Assembly, District 14. Originally published at We Are 1776,