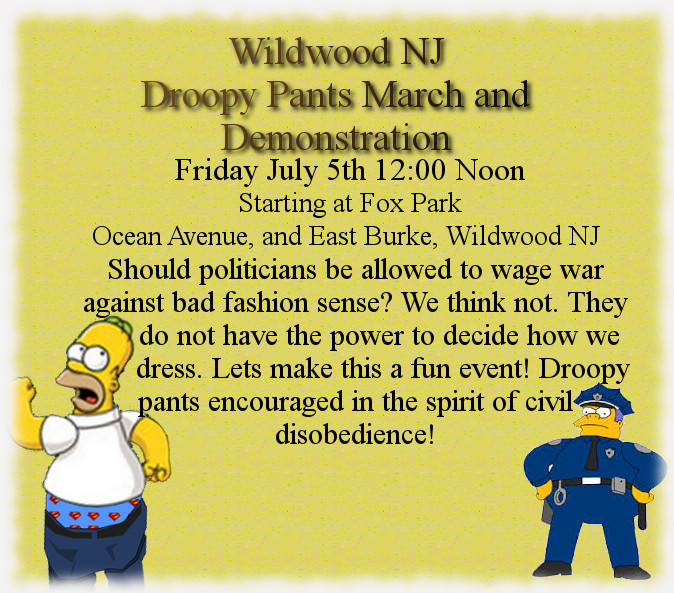 Mayor Troiano has over stepped the role of government and his authoritiy as Mayor. It is not the government's business to dictate fashion.This ban is an attack on the youth and the way they wish to express themselves. This law criminalizes behavior that harms no one.

On July 5th a Saggy Pants Law protest is being planned. As someone who has never before had the desire to embrace this new fashion I've done some research. Here is how to sag:

The fear of a wardrobe malfunction can be alleviated by us newbies by adding in some safety pins or even suspenders.