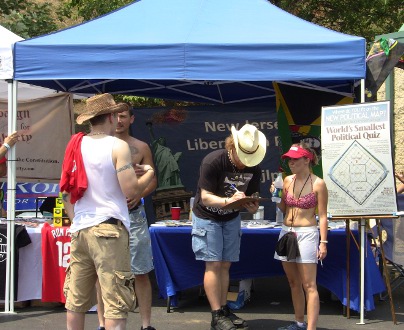 The NJ Libertarian Party has returned to the Warped Tour Concert. We were last there in 2009. Warped Tour is a touring concert series featuring over sixty bands.

At both the Camden and the Oceanport we set up booth up alongside the Campaign For Liberty and the Ron Paul for President tables. We worked together to steer attendees to each others' booths.

Again we administered the World's Smallest Political Quiz to those who visited our booth. 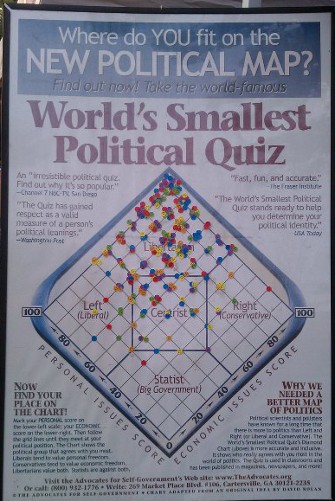 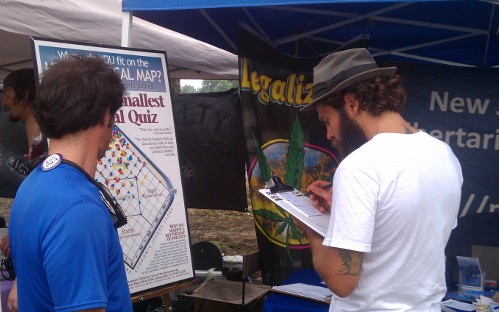 Jeshua Marshall of the band, Larry and His Flask Takes the Quiz