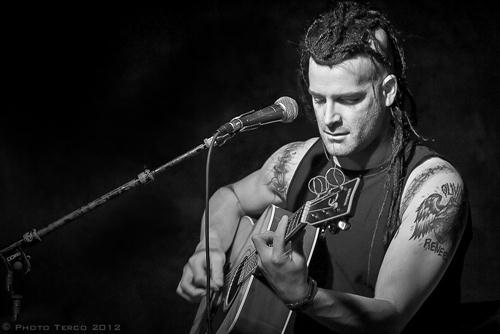 This is absolutely true.  I would chalk it up to ignorance of facts and history in general. I think that most musicians have a large amount of compassion and empathy for people and the world at large.  That’s a good thing.  Most of these folks subscribe to a governing ideology and what they feel they are fighting for that flies in the face of what the true nature of our republic was based on.  They lack the true understanding of what made America rich and powerful and prosperous in the first place.  Their minds have been and continue to be filled with rhetoric, empty and unachievable dreams and twisted takes on history.

New Jersey has the highest taxes and worst business climate in America. How can the Libertarian Party be a force for good here?

By continuing to educate and inspire young and old to get involved locally and state wide.  Run for office, get involved on the school boards and city council. We must take back local and state wide media as well and force them to cover issues and report on subjects that are pressing and important to the advancement of our people and state and do what the press was intended to do.

How has your military experience affected your political philosophy?

Any military experience I have hasn’t done anything to change the way I view politics. I am just much more so awake now than ever before to the fact that we are not being told the real story of what is going on around the world and why. The lies and deceit that have gotten us to this point are disgustingly profound and pose a danger to our very existence as a race AND a nation.

Who do you support for President and why?

I support Donald Trump because I am certain he will defend our borders, language and culture.  I also believe in an America first policy and sound economical solutions and strategies that I’m confident will be deployed in a Trump administration to combat the enormous crisis we currently face. We must also wipe from the face of the earth the scourge of demons who are waging war on us and all good people of the planet.

Why are so many people leaving New Jersey?

The mass exodus of folks from NJ is simply because it continues to become a difficult, hostile and complex place to do anything.  The city’s and small towns are too damn crowded and are being terribly over developed.  The growing tax burden is just too much for young and old and especially burden the middle class and those trying to get there.  Also, more and more people are getting back to a simpler way of life and fleeing the crowded suburban or city life and heading for the countryside.

Is voting Libertarian a wasted vote?

No vote is a wasted vote.

What do you see as the future of the liberty movement?

The future of the Liberty movement is up to us right now. It is dependent on us to educate the young people who want to get involved in the freedom movement and empower them to stand on principle and value unapologetically.

What is the most important liberty related issue to you and why?

I think that all of the liberty related issues are of the utmost importance.  We live in perilous times. Not since the first revolution against Great Britain have we faced such dire circumstances regarding our once great nation.  Executive power is as our forefathers warned run amok and a genuine tyranny has set in.  The Constitution is set aside and our sovereignty is gone.  It is essential to as Thomas Jefferson once argued regarding the human lust for power "bind our leaders with the chains of the Constitution" to remedy this problem of ours.