Burlington Institute of Technology confidentially paid $65,000 to student who claimed that school officials did not remedy racial harassment

On December 9, 2016, the Burlington County Institute of Technology (BCIT) quietly paid $65,000 to settle a former African-American student's lawsuit which claimed that he was repeatedly racially harassed by other students and that school officials took no corrective action.

In his suit, Venice Samuel, III of Willingboro, who was a minor at the time the suit was filed but an adult at the time it was settled, claimed that he suffered several incidents of racial harassment during his junior and senior years at the BCIT's Medford Campus. Samuel claimed that he was repeatedly called a n****r during October 2012 by a student identified in the lawsuit only as "D.D." He said that Assistant Principal Michael Parker failed to take any action after receiving Samuel's complaints.

The Open Public Meetings Act (OPMA) requires public bodies to make the minutes of their meetings, both public and non-public (i.e. closed or executive), "promptly available to the public." Recent correspondence with one South Jersey township reveals that minutes from closed meetings held five years ago are still not available for public inspection and that minutes from closed meetings held in the 1980's and 1990's have apparently been lost forever.

A May 16, 2017 Open Public Records Act (OPRA) request to Deerfield Township in Cumberland County sought "the minutes of the three (3) most recently held [closed] Deerfield Township Committee meetings for which minutes are available in either full or redacted form." The request went on to explain that if "the three most recent closed meetings for which minutes are available in whole or part took place ten years ago in April, May and June of 2007, then those would be the minutes that are responsive to this request."

The Party manages a number of email lists. The lists can be broken down into two categories, moderated and non-moderated:

This month it will be one year since I was charged with "harassment" and "criminal mischief" in the "People's Republic of Gladstone and Peapack". What heinous act did I commit to warrant those charges? Are you ready for this? I left history magazines at the drive-up windo at th Peapack-Gladstone Bank in Gladstone, NJ! Apparently leaving reading material in areas frequented by the public is not allowed in the"Constitution -free zone" called Gladstone!

The New Jersey Libertarian Party is happy to announce that it will be partnering with http://TaiChiGala.com to offer its members discounted pricing for the 2017 Tai Chi Gala, held in Henryville, PA from June 2nd thru June 4th. The organizers of the event, who are also dedicated libertarians, have not only offered discounts to those who register using the code Liberty2017 but they will also be donating $50 for each of these registrants.

The NJLP feels that there is no better way for its members to enjoy the natural healing and stress relief of this Chinese martial art while also supporting the most relaxing and stress free political party on the market. Other topics covered during this event include eastern philosophy, mindfulness, meditation, qi energy development, mind/body healing, and push hands.

Act fast as space is limited and this discount will only be offered until May 19th!!! 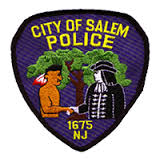 I chair the New Jersey Libertarian Party's Police Accountability Project and ask that you accept this letter as our Internal Affairs complaint. We would like your agency to investigate Officer (now Sergeant) Benedict Donaruma's July 30, 2013 motor vehicle stop of Donna Alessi.

Millville confidentially paid out $40,000 to teenager who said that cop pulled a gun on him

On August 3, 2016, the City of Millville (Cumberland County) agreed to pay $40,000 to a teenage dirt bike rider who said that a Millville police officer "point[ed] a gun directly at him."

In his lawsuit filed on January 12, 2015, a thirteen year old boy, identified only by the initials C.F., claimed that Millville Police Officer Michael Thompson pointed "a gun directly at him" for about 30 seconds after Thompson stopped the boy for riding a motorized dirt bike in a wooded area near Magnolia Avenue on September 27, 2014.  The boy and his parent, identified as D.F., claimed that the officer's decision to pull his weapon was unwarranted "because  of the lack of severity of the crime at issue, because [the boy] did not pose an immediate threat to the safety of the police officer or others, and because [the boy] was not actively resisting arrest or attempting to evade arrest by flight."  According to the lawsuit, the officer's decision to deploy his weapon amounted to excessive force and violated the boy's rights under both the federal and state constitutions. 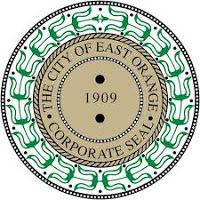