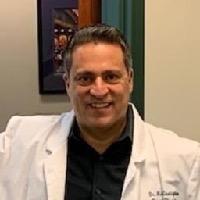 Mike Guadagnino is the VP of Marketing for the New Jersey Libertarian Party, He was senior leadership for the Peter Rohrman for Governor campaign and the Murray Sabrin for US Senate campaign. Professionally Mike is a Doctor of Chiropractic who owns and runs a private practice in Ramsey, NJ. He also volunteers as the Chairman of the Oakland, NJ Recreation Commission where all parks and recreation programs are run under his directions.  He has turned the program around from an $80K yearly deficit to net zero cost for the local tax payers. Mike is also leading the direction of building a 40 acre park in Oakland, where it has been built by volunteers, donations, grants and local companies donated time. The estimated cost of the project is $1 million but has cost the local taxpayers $ZERO.  He is married with two grown children.