Included in the Obamacare bill was a provision titled: Section 2711, "No Lifetime or Annual Limits". Insurance providers will need to drastically increase rates in order achieve a no limits policy. Health and Human services have provided a method for opting out of this provision. As of December 3rd, 222 providers have had their applications approved. This has allowed for over 1.5 million people to opt out of the one of the more expensive aspects of Obamacare.

I do not yet know how many applications have been submitted or rejected. Today I submitted a Freedom of Information Act request to the federal Health and Human Services agency requesting the list of rejected applications and the reasons for each rejection. I'll update this article when I hear back.

UPDATE: On December 23rd, I got a letter back saying that my request was denied based on 41 U.S.C 253b(m) of the National Defense Authorization Act for 1997, Public Law No. 104-201b. (FOIA exemption (b)(3) permits denials based on statutes other than FOIA.)

Furthermore they are denying my request because of FOIA exemption (b)(4) which permits the withholding of trade secrets and commercial or financial information. They claim the release of the info would cause harm to the organizations.

I have 30 days to appeal. I may either appeal or I may somehow reword my request.

One thing the letter does say is that the data I requested consists of approximately 50 pages of records.

So how does publishing the list of the 222 companies who were approved not cause them harm?

"The federal government's recent demand for tax protester Wesley Snipes to report to prison brings attention to how horrible the federal income tax system is.

"The three-year federal prison sentence for Snipes's failure to file tax returns is absurd. Snipes is not a threat to anyone, and the judge who sentenced him clearly just wanted to scare others who might think about resisting federal taxes. 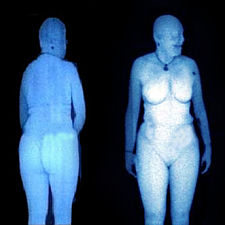