Libertarians seek a world of liberty, in which individuals control their own lives, and no one is forced to sacrifice his or her values for the benefit of others. We believe that respect for individual rights is essential for a peaceful, prosperous world. Consequently, we defend each person’s right to engage in any activity that is peaceful and honest, and welcome the diversity that freedom brings. The world we seek is one where individuals are free to achieve their goals using their own judgments, without interference from government. We affirm the ideals expressed by New Jersey’s motto, “Liberty and Prosperity,” which we believe can best be ensured by the basic principles outlined in our Platform. In the following pages, we set forth those principles, and policies derived from them.

On this date in 1886, the Statue of Liberty was first unveiled in New York Harbor.

Foreigners were grateful for America's liberty, because the very existence of such a country as ours meant that someday they might be able to have the same peace and liberty in their own countries.

Today, 117 years later, that America doesn't exist anymore — even though politicians love to talk about "our freedoms."

In 1886 America had an open hand to the rest of the world. America didn't fear anyone and no one feared America. Today Americans live in a state of siege.

The idea of invading the Philippines or bombing the Sudan or intervening in Nicaragua or overturning a government in the Dominican Republic or starting a war with Iraq would have seemed ludicrous to the American people in 1886. As John Quincy Adams put it, America didn't go abroad in search of monsters to destroy. Today America has troops in over a hundred foreign countries.

The search for survivors from El Faro has been called off, the crew consigned to the depths. We are left to mourn the loss of 33 brave mariners, 28 of whom were American. But as we mourn, we should also be angered, because their deaths may very well have been avoidable. Hurricane Joaquin wasn’t the sole culprit; it had an accomplice, and that accomplice is a monstrous piece of legislation known as the Jones Act.

Between the lines of this disaster, something should jump out at the reader: What were those sailors, in the middle of a Category 4 hurricane, doing onboard a vessel dating back to the Ford administration? In an era where we replace our phones every two years and trade in our car leases in not much longer than that, why is it that these people were stranded in the middle of a maelstrom aboard what El Faro seaman Chris Cash called a “rust bucket”?

America is becoming unrecognizable. The landscape is still familiar; the flag looks the same. But it is a changed placed.

And some places are more changed than others.

In New Jersey, the state Supreme Court has just ruled that a cop can search your vehicle if you are pulled over for any reason – and without a warrant.

A defective turn signal, for instance.

Or a seatbelt “violation.”

Basically, the NJ court has ruled that once a cop turns on his emergency lights, your Fourth Amendment rights have been forfeited.

Democratic congressional leader Nancy Pelosi once stated that when it came to government spending, there was “nothing else to cut.”  All programs, departments and agencies were already cut to the bone. Not only was this a falsehood, it was a poor attempt at deception. There are many areas where government can eliminate or cut spending. If it were up to me, I would start cutting or eliminating the following:

FCC commissioner: If you like the IRS, you’ll love net neutrality

After years of dithering, Federal Communications Commission Chairman Tom Wheeler has at last deposited the formal proposal to reclassify Internet as a public utility and subject it to federal regulation, championed by proponents as “net neutrality.”

Wheeler outlined the plan in an article for Wired magazine last week and it will be considered for a vote by the commission Feb. 26.

The plan has not yet been released to the public, but at least one FCC commissioner who has seen it isn’t taking the bait.

“It gives the FCC the power to micromanage virtually every aspect of how the Internet works,” said FCC Commissioner Ajit Pai in a statement after the plan’s release. “It’s no wonder that net neutrality proponents are already bragging that it will turn the FCC into the “Department of the Internet.”

Fat kids and drug cartels: The lessons 81 years after prohibition

SPRINGFIELD, Ill.  — If you had a beer with the weekend’s football games or a glass of wine after some holiday shopping, then congratulations. You celebrated the 81st anniversary of the end of Prohibition.

But even though it has been eight decades since Congress stopped trying to sober us up, big government at almost every level is still trying various prohibitions.

Read the full story at Watchdog.org

“A man’s home is his castle”.  In today’s politically correct and gender inclusive society we might say “A person’s home is his/her castle”. Whatever.

The formal name for this axiom is the Castle Doctrine. It derives from English Common Law and is the basis for both the Third and Fourth Amendments in the Bill of Rights. These protect Americans in their places of residence. The British honored and respected the inviolability private living spaces.

The Root Cause Of Terrorism

The recent news that the ISIS terror group has among its ranks Americans and citizens from other western nations forces two questions to be asked: What would make an individual join a terrorist group and what do these groups look for in a recruit? While I believe that the answers vary, the main twelve reasons, in my view, are the following that a terrorist group would look for:

Substance Dependence Is a Mental Illness, Not a Crime

Substance dependence is the only mental health condition whose main feature, the possession of drugs, is considered a crime. The stated goal of the "War on Drugs" has been to stop the devastating public health consequences of addiction in part through criminalizing possession of drugs, even for nonviolent offenders. While well-intended, this war may have worsened the problem by dooming millions of people, predominantly minority and low-income individuals, to a cycle of incarceration, loss of rights, and poverty. But, there are hopeful signs that we are becoming more clear-eyed as a nation.

According to the Monmouth University-Asbury Park Press poll, Democratic Senator Cory Booker leads his Republican challenger, Jeffrey Bell, by 20 points. In that same poll, it also showed that Senator Booker has a 43% favorability rating. This is not good. The poll also showed that fully 15% of Democrats say they would vote for a third party candidate, and that a third of voters are saying that it is time for a change.

This presents a great and golden opportunity for Libertarian Senatorial candidate Joe Baratelli to make headway. If Baratelli can tap into voters discontent and tap into the 15% of disenfranchised Democrats, and some Republicans, he can give both major party candidates a run for the money. But he needs help from his party, libertarians, and supporters to help him get there. I hope that they can give all they can in any capacity that they can. It should be remembered that if they want to win it, they got to be in it.

The Year Of The Libertarian

If ever there was a time and an opportunity for New Jersey Libertarian candidates to make inroads, 2014 would be that time. In every poll taken on numerous issues, Americans are coming to embrace libertarian positions. Younger voters nationwide believe that neither the Democratic nor the Republican Parties represents the American people. Seventy-two percent of voters say they would be better off if most incumbents were defeated in November. Eighty-one percent do not trust the federal government most or nearly all the time. Polling also shows that seventy-nine percent want to cut federal spending, fifty-two percent say that their tax bills are too high, and fifty-eight percent favor legalizing or decriminalizing marijuana and fifty-two percent of Americans also revealed that they oppose foreign interventions in other countries and that the U.S. should stay out of other nations quarrels.

When he ran for the presidency in 2008, Barack Obama was treated like a rock star by the mainstream press. Here was a candidate that was new. Here was someone who was articulate, good looking, with a nice family and a beautiful and adoring wife. Barack Obama campaigned as the candidate of “hope and change.” He campaigned as a candidate that would “fundamentally transform the U.S.” He also campaigned as a “healer” and a man that would “transform politics.” After more than five years in office, it has become apparent that not only did the mainstream press sell the public a bill of goods, not only was the image that they presented of Barack Obama an illusion, but that his presidency has been an utter and abysmal failure.

Memorial Day and the Meaning of Freedom 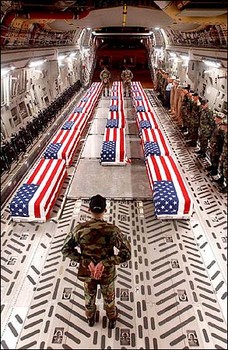 But what does freedom really mean?

Just as we should repudiate Junk English in economics, we should demand precision when it comes to the language of political posturing! In other words, we should insist that politicians use defined terms (I’m not holding my breath).

In essence, freedom is the absence of state coercion. Nothing more, but certainly nothing less.

Few Americans understand that all government action is inherently coercive. If nothing else, government action requires taxes. If taxes were freely paid, they wouldn’t be called taxes, they’d be called donations. If we intend to use the word freedom in an honest way, we should have the simple integrity to give it real meaning: Freedom is living without government coercion. So when a politician talks about freedom for this group or that, ask yourself whether he is advocating more government action or less.

Taking this definition a step further, Hans-Hermann Hoppe describes a free society as the absence of aggression against one’s body and property: