The NJ state Casino Reinvestment Development Authority is attempting to seize private property once again. They are attempting to use eminent domain to seize the home of Charles Birnbaum in Atlantic City. Mr. Birnbaum’s parents purchased this home in 1969. Mr. Birnbaum uses the home as a base for his piano-tuning business and rents the apartment in the house. The Declaration of Taking filed in February by the CRDA presents Mr. Birnbaum with a sum of $238,500 for the taking of his property. Zillow estimates the house worth to be $381,161.

NOTE: to attend as a NJ Delegate you must be approved by the NJLP State Board and be a current Libertarian Party member.

Last November, I traveled and spoke to European Libertarian groups in Moscow and in Madrid. The latest additions to our speaker lineup come from contacts I made during his trip.

Vera Kichanova is a libertarian elected official and activist who has been described as one of "Putin's Unruly Children." In 2012, she was elected as a municipal deputy in Moscow's Yuzhnoye Tushino district. In 2013, she received a Democracy Award from the National Endowment for Democracy. While in Washington, D.C., to receive the award, she met with National Security Adviser Susan Rice in the White House. Back in Moscow, she works as a journalist and is a frequent and vocal advocate for liberty who has been detained or arrested many times for her activities. She has become one of the most visible and internationally known faces of the Russian opposition, and has been featured in articles in the New York Times, the Washington Post, Der Spiegel, and more. Vera is 22 years old.

Roger Paxton: We Are Libertarians!

This was sent to the State Chairs list February 27, 2014 by Roger Paxton of Arkansas

I believe Republicans and conservatives do this because they have a fundamental misunderstanding of what it means to be a Libertarian. They believe we share some sort of camaraderie with them but can offer no proof of what makes them think this way. They throw around words like “Republican-libertarian,” and “conservative libertarian,” and “constitutional libertarian” like these word salads have some sort of meaning. They do not. 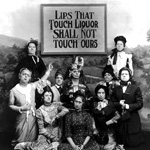 Heat for the Homeless!

Steven J. Uccio and the New Jersey Libertarian Party invite you to give Heat for the Homeless!

In Lakewood, NJ there is a community of about 100 people who live in a wooded area called "Tent City." These people have no where else to go and are not asking for any assistance from the local government. They live in tents, shacks, and are supported by mostly private charity to better themselves.

"It's scary when the libertarian is the best speaker at an event like this. He was good!"

That's basically what the "progressive" standing next to me said after Gov. Gary Johnson's speech to the Stop Watching Us rally.

There is no impending government shutdown — only a government slowdown. The threat of a "shutdown" is designed to scare voters while avoiding scrutiny of reckless government overspending.

If federal lawmakers do not pass a budget or a "continuing resolution" (CR) by Oct. 1, a government spending slowdown will take effect. This could halt almost $1 trillion in annualized spending that the CR would authorize, which is the size of the current federal deficit. If made permanent, this would cut annual federal spending by approximately 27 percent to $2.7 trillion — the current level of revenues coming in.

In other words, a federal slowdown — if allowed to take full effect — would balance the federal budget. This would greatly benefit the U.S. economy.

"There is no Constitutional justification for America to unilaterally use force in Syria," Neale said.

"Syria is not threatening our country," he added. "We have no national interest in intervening there. There are no reasons for the U.S. to support either the Assad dictatorship or the opposition warlords."

Neale reaffirmed the party's longstanding foreign policy of nonintervention, quoting part of the National Defense plank of the party platform: "The United States should both avoid entangling alliances and abandon its attempts to act as policeman for the world."

He also quoted from the International Affairs plank, which says, "American foreign policy should seek an America at peace with the world. Our foreign policy should emphasize defense against attack from abroad and enhance the likelihood of peace by avoiding foreign entanglements. We would end the current U.S. government policy of foreign intervention, including military and economic aid."

“As a former prosecutor who was appointed by President George W. Bush on Sept. 10, 2001, I just want us to be really cautious, because this strain of libertarianism that’s going through both parties right now and making big headlines, I think, is a very dangerous thought.”

Asked if he was referring to Senator Rand Paul, Christie said he is “one of them," and went on to sneer:

“You can name any one of them that’s engaged in this. These esoteric, intellectual debates – I want them to come to New Jersey and sit across from the widows and the orphans and have that conversation. And they won’t, because that’s a much tougher conversation to have.” 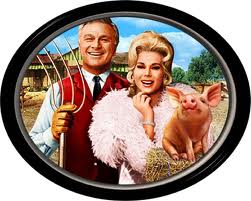 The 2013 Farm Bill needs to be reconciled between the Senate version and the House version. Let’s think about this. The Farm Bill incentivizes farmers to be unproductive in order to drive up food prices. This was instituted during the New Deal in the 1930’s.Thirty years later the Foods Stamps program was passed into law as part of President Johnson’s Great Society agenda. Presumably this was to help lower income people afford the food that the federal price supports had made so costly.

Did anyone in Washington, DC ever notice that the goal of capitalist, free market system is to create innovative methods of production and distribution so as to make so as to make goods more affordable and accessible to the masses? Occam’s Razor demands that farm price supports be lifted so that an abundance of affordable food can be provided to a hungry world.

I wonder who’s paying for all this anyway?

As a perplexed Ricky Riccardo might lament, “Lucy, you have some ‘splainen to do”.

Has anyone other than me ever noticed the ever declining prices of flat screen TVs, computers, smart phones, tablets and such?

Perhaps it’s time we had a TV Bill, and a Computer Bill and a Smart Phone Bill?  Are you listening, Washington?

It’s been just over a month since the NSA’s dragnet surveillance program was leaked to the public. Tomorrow, Congress is voting on an amendment that would block funding for NSA programs that collect the call records of innocent Americans.

A win tomorrow may start a chain reaction – but it won’t happen unless we speak up. We have one day to convince Congress to act.

A critical vote is happening tomorrow, July 24th, on the Defense Appropriations Bill in the House of Representatives. The bill gives taxpayer money to fund defense programs, including NSA surveillance.

Crackpot Authoritarian Behind the Keyboard

In a recent Star Ledger column, Paul Mulshine, argues that opponents of the current bill that raises the legal purchase age of tobacco products from 19 to 21 are “crackpot libertarians.” He makes an accurate and convincing argument that tobacco use is not good for anyone, and I certainly don’t condone the use of tobacco by anyone, regardless of age. However, mandating the use of government power to control the behavior of consenting adults is wrong.

The age of majority has traditionally been 18 in the United States. At 18 you can vote,  be treated as an adult in the criminal justice system and be shipped off to a foreign country to fight a war for our politicians (even forcibly via conscription).  Yet at the age of 18 one can not make the choice of what they can do with their own bodies? It doesn't matter if the age of adulthood and responsibility is being dictated by the State or by the Federal Government. Either you own yourself, or as Mulshine is arguing, the government owns you. 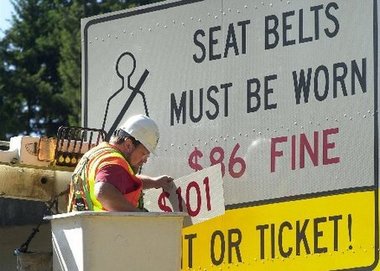 According to NJ.com, Somerset County shall be commencing a crackdown on peaceful people who have chosen not to wear their seat belts. The state has provided grants to towns across New Jersey for the purposes of initiating force against anyone caught not wearing their seat belt. Expect to see these shakedowns across the state.