The recent IRS scandal reminds us that the income tax was, is and will always be an immoral thing.  When it is progressive, it is even worse.

When you go to the grocery store, the movies, or anywhere else, no one asks how much money you make and then adjusts the price accordingly.  You pay whatever you believe that the fair price should be whatever your earning power.  Why should it be different when it comes to government services?

Let’s agree as reasonable people that, if government provides essential services, we, as its recipients, should pay for them.  Why then should those who are smarter, harder working or more productive pay more?  Many of America’s high earners achieved their success by astutely paying the most advantageous price for the goods and services that they acquire.  That is behavior that should be rewarded, not punished.

The Cyber Intelligence Sharing and Protection Act (CISPA) died in the Senate yesterday, according to a statement from a representative of the U.S. Senate Committee on Commerce, Science and Transportation. The bill, which had already passed the House, would have allowed the government to snoop on private emails by granting companies the right to disseminate individuals’ sensitive, private information — like medical records — without their knowledge or consent.

Although CISPA likely won't be passed in its current form, Republicans and Democrats have a bad habit of resurrecting terrible Big Government legislation like this. This is the second year in a row that CISPA has been considered by Congress, and lawmakers have already said they're working on drafting new cybersecurity bills.

The Libertarian Party issued a release condemning CISPA earlier this week, which included this statement from Chairman Geoffrey J. Neale: "The provisions of CISPA are abhorrent and unacceptable in a free society. We must not only trash CISPA; we must repeal the Patriot Act, the National Defense Authorization Act (NDAA), and every other law that violates our Fourth Amendment rights."

Why is it not surprising that in the wake of the horrific attacks in Boston, some in and elsewhere are clamoring to put the brakes on the first real attempt at much-needed immigration reform in years? Some are even going so far as to call for a “suspension” of student visas, which have absolutely nothing to do with the chain of events that resulted in two crazy guys killing four people and injuring hundreds more.

When something bad happens, blame immigration. It is just too easy politically to conjure up images of foreigners coming here — legally or illegally — as the cause of our problems. Make no mistake, our current immigration system is broken. If it wasn’t, we would not today be wrestling with the very real and very difficult question of how to deal with the 11 million to 20 million illegal immigrants in the country today. If it wasn’t broken, the arbitrary annual ceiling on visas for highly-skilled workers would not have been hit in only five days. If legal immigration levels were allowed to be set by the marketplace, rather than by artificial limits negotiated by politicians and labor unions, maybe we wouldn’t need as much of that border “enforcement” everyone seems to love so much.

The Political Book Club monthly meeting will occur at the Lawrence Branch of the Mercer County Library on May 7th at 7:00 PM.

Books to be discussed are For a New Liberty - The Libertarian Manifesto by Murray Rothbard, and The Financial Crisis and the Free Market Cure by John Allison.

A free audiobook version of a For a New Liberty is available at mises.org.

We Are Change reported that:

“On Thursday January 25th, New Jersey police officers entered the apartment of Keith Pantaleon without permission, warning, warrant or explanation. After entering the apartment, they apparently had suspicion of him having a weapon, though none were visible. The police then searched his home and found multiple firearms. Keith is a legal gun owner who is registered and has permits for his firearms in multiple states. According to his close friends is currently going through the process of obtaining his permits for New Jersey.”

He was released from jail on February 28th and is facing multiple charges.

On February 19th the Supreme Court unanimously ruled that police can conduct warrantless searches based on the police interpretation of a search dog. The court ruled that the dog doesn't even need formal certification.

The same is true, even in the absence of formal certification, if the dog has recently and successfully completed a training program that evaluated his proficiency in locating drugs. After all, law enforcement units have their own strong incentive to use effective training and certification programs, because only accurate drug-detection dogs enable officers to locate contraband without incurring unnecessary risks or wasting limited time and resources. - U.S. Supreme Court Feb. 9, 2013

In 2010 the University of California, Davis conducted a test of the effectiveness of drug and explosive testing dogs. Out of 144 searches of an empty room the dogs alerted 123 times - an 85% false positive result.

The courts have been watering down our Fourth Amendment rights for quite some time - almost always over the possession of a banned substance that shouldn't be illegal anyway.

Thanks, But No Tanks 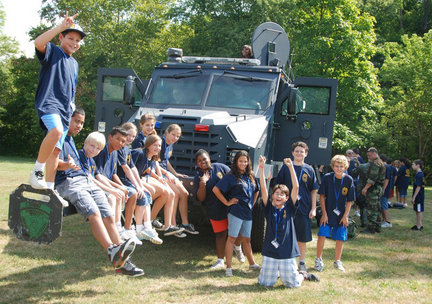 The Gloucester Township Municipal Council recently solicited for bids for the purchase of an armored vehicle. Only one bid for $277,986 was received.

Camden County already owns an armored vehicle and keeps it parked right in the township. The County purchased their tank for $289,000 using federal funds in 2009. The Township claims that they need their own in case the County vehicle is already in use. The county disagrees with the township, claiming that the vehicle has always been available whenever needed. In addition the federal funds came with a requirement that the vehicle be available to townships in the region. Most likely the most use any of these vehicles will ever get is during parades.

In the past decade numerous federal grants have funded the militarization of small and large police departments to around $34 Billion. Much of this equipment is warehoused and never put to use.

In 2010, Gloucester Township residents saw a $0.235 per $100 increase in their property tax bills. Since then property taxes have remained flat, but spending has ballooned thanks to $10 million in state aid given to the township.

Somerdale Police Save the World From Terrorist Bomber

Well, at least that is how the mainstream media outlets seem to be reporting this.

On Tuesday, Fernando Antonio Salguero, parked illegally near the Somerdale Police Station while tending to a traffic violation. From what I have heard, his car extended about two feet into a yellow lined area. He reached his car just as the police were beginning their investigation. He was asked for permission to search the car which he declined. Police dogs were called out. Either their handlers had the dogs alert  or the dogs alerted to the presence of explosives. A bomb squad was called in and a robotic device pried open his trunk. The media reports that inside were found "incendiary devices" and several weapons. The incendiary weapons were flares, the weapons included a flare gun and a couple of pepper spray canisters. 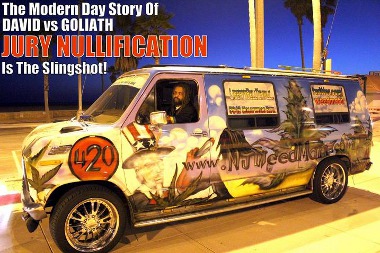 One of the scheduled speakers at our convention, NJ Weedman, has been arrested. NJ Weedman, whose real name is Robert Edward Forchion, Jr., was recently unanimously found Not Guilty by a jury in Mount Holly for distribution. He was however found guilty of marijuana possession. Right after his trial the DEA called and threatened The Weedman, demanding that he close up his California dispensary.

Ed had plans to tour around speaking at various events on a “Jury Nullification tour”, our convention being one of the first speaking opportunities for the tour.

In commemoration of National School Choice Week, please join education reform leaders and supporters from across New Jersey for a timely, important, and uplifting meeting about education reform and school choice in the Garden State. Speakers will include:

In honor of the universal freedom message preached by Dr. King a "Restoring Freedoms Rally" is being held in his honor on January 21st at the Statehouse in Trenton.

This rally will include a diverse set of speakers, including several libertarians. Libertarians speaking will include NJLP Treasure Joe Siano, former Libertarian Candidate for Governor Murray Sabrin, former NJLP Chair Lou Jasikoff, and 2012 Libertarian Candidate for U.S. Congress Patrick McKnight. Many other speakers are scheduled from various ends of the political spectrum. See http://restoringfreedomsnj.blogspot.com for a full list of speakers.

The Restoring Freedom's Committee is seeking donations to help pay for the event. If you like the idea of bringing together groups of various political ideologies to discuss topics of freedom - consider donating to the event. Planning and staging an event like this is expensive.

The State of NJ Department of Transportation released a report today. The report studied accident data of various red light installations of a year prior to installation to one year after. It found:

The crash severity cost was based on a five categories: fatality, disabling injury, evident injury, possible, injury, and property damage only (no injury) with each of these categories assigned a dollar figure.