Oaklyn Councilman busted from Sergeant to Patrol Officer for lying

On Monday, April 8, 2013, I reported that Oaklyn Borough (Camden County) Councilman Ronald C. Aron, who also serves as a police officer in nearby Haddon Township, had sued in Superior Court to challenge a police disciplinary charge that had been lodged against him.

In the same blog entry, I also reported that Aron had settled his lawsuit and appeal with the Township and agreed to: a) plead guilty to "conduct detrimental to the good order of the police department," b) accept a 10 day unpaid, disciplinary suspension, c) forfeit 80 hours of accrued sick time and d) accept a "one year demotion from the rank of sergeant to patrol officer" which had already been served.

What I didn't know then, but have subsequently learned, is the nature of the conduct that caused the disciplinary action to be taken against Aron.

Something interesting is going on with the Wildwood Crest Police Department. I've been submitting Open Public Records Act (OPRA) requests to try to find out what's going on, and this is what I've found out so far.

On October 24, 2013, the Wildwood Crest Board of Commissioners passed Resolutions 1131-13 and 1132-13, which, respectively, a) hired Joseph Beisel as a "special outside investigator for purposes of conducting an internal affairs investigation concerning employees administrative proceedings," and b) hired William G. Blaney, Esq. to perform some unspecified, but apparently related, services regarding the same investigation. Yet, according to Borough Clerk Janelle M. Holzmer's November 26, 2013 responsive e-mail "no contract was entered into for Mr. Beisel."

Armed with $100,000 in campaign cash, Saudino outgunned Democratic challenger James Mordaga at the polls last week. The victory assures the sheriff of nearly $268,000 a year from public coffers – $138,000 in county salary plus $129,984 from pension as retired Emerson Township police chief – for another three-year term.

Not only that, but Saudino’s posse of four undersheriffs are also double-dippers. Together, the five officials rake in nearly $1.1 million a year – $583,000 in salaries plus $512,256 from pensions as retired cops.

The July 8, 2010 Times of Trenton reported that Ewing Police Sergeant Edward DeBoskey was indicted for official misconduct and theft by deception for allegedly loafing at a private home instead of supervising street patrols.

Today, through an Open Public Records Act request, I was able to determine that on September 24, 2012, DeBoskey and Ewing agreed that DeBoskey would be allowed to retire after being allowed to receive the one month credit he needed to acquire his 20 years of service.  The settlement agreement is on-line here.

On October 10, 2012, the City of Union City (Hudson County) agreed to pay $80,000 to a man who sued members of the Union City Police Department for allegedly assaulting him after taking him into custody for violating the City's curfew ordinance.

In his suit, Diego Diaz, through his mother, Maria Lopez, said that at 3:43 a.m. on February 6, 2010, while he was 15 years old, he was taken into custody by Union City Police for violating the municipal juvenile curfew ordinance. He claimed that while in custody, he "engaged in a verbal altercation with Officer Corey Corbo which resulted in Corbo assaulting him. He also claimed that Officer David Chasmer assisted Corbo in the assault.

On August 6, 2013, an Administrative Law Judge will conduct a confidential settlement conference regarding a police discipline matter captioned In the Matter of Jon Andrews, OAL Docket No. 08542-2013 or Civil Service 2013-3466).

Andrews, a Lavallette Police sergeant has appealed a 20 day suspension for "conduct unbecoming a public employee" and "other sufficient cause" that was imposed by way of a Final Notice of Disciplinary Action issued on May 31, 2013. According to the police, Andrews was "suspended without pay" by way of a written notice issued by Police Chief Colin Grant on August 22, 2012. The notice accused Andrews of being "involved in sending and receiving text messages and pictures of a lewd, lascivious and/or inappropriate nature during working hours to a fellow member of the Lavallette Police Department with remarks as to another Department member."  He was also charged with claiming three hours of overtime for attending a court session that he did not in fact attend.

Despite the "without pay" provision of Chief Grant's notice, the Borough Council, at a September 5, 2012 special meeting, "voted to extend the paid medical leave of Sgt. John Andrews until a disciplinary hearing can be held by the police department." (See, Ocean Star, September 7, 2012 "Council Votes to Extend Officer's Paid Medical Leave.") 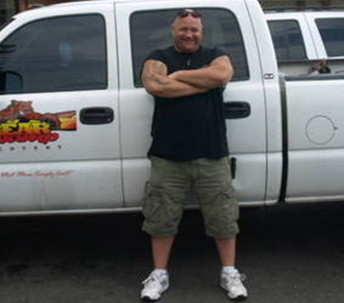 The PFRS board of trustees stripped Derrico of his $69,703 a year tax-free disability pension and declared him fit to return to work for the Hamilton Township police.  The action was sparked by an investigative report by New Jersey Watchdog and NBC 4 New York two months ago.

PATERSON — A group of Paterson police officers repeatedly punched and kicked a handcuffed, nearly unconscious suspect during a 2011 arrest, according to a civil rights lawsuit filed in federal court last week.

Mary Beth Jahn, Committeewoman
Township of Neptune
25 Neptune Blvd
Neptune, NJ  (via e-mail to This email address is being protected from spambots. You need JavaScript enabled to view it.)

I invite your attention to our blog entry entitled "CLOSED: Internal Affairs Complaint - Neptune Township" which is on-line here.

As you will see, the blog post contains our Internal Affairs Complaint against Neptune Police Lieutenant Robert Mangold with a link to the Internal Affairs Unit's June 24, 2013 letter which exonerated Mangold. From a careful reading of the complaint, the court opinion upon which our complaint was based and the IA Unit's response, it appears that: a) Mangold directed a subordinate officer to conduct a warrantless strip-search of an arrestee; b) two courts, finding that the strip-search was illegal, suppressed the evidence that was the fruit of the search and c) neither Mangold's nor the subordinate officer's actions violated any departmental rules, procedures or other standard.

On television, Joseph Derrico pursues a monster truck on foot, pulls the driver out of the vehicle and tosses him to the ground. He is on truTV’s “Bear Swamp Recovery,” a reality show on vehicle repos by the “baddest towing team in Jersey.”

Yet Derrico collects a police disability pension of nearly $70,000 a year. In the eyes of the State of New Jersey, the retired Hamilton Township cop is “totally and permanently disabled” by a leg injury.

No stranger to trouble, Derrico was a criminal defendant when he retired in 2010. A Mercer County grand jury indicted Derrico on a felony charge of theft by receiving stolen property.

The patrolman escaped with his pension intact – thanks to a secretive deal with Mercer County Prosecutor Joseph Bocchini, who dropped the case when Derrico retired.

I chair the New Jersey Libertarian Party's Police Accountability Project and ask that you accept this e-mail as our Internal Affairs complaint.  We would like your agency to investigate whether Officer Vernon Bradbury and other personnel employed by your agency acted in accordance with department policy and the law regarding a motor vehicle stop and arrest on May 13, 2011.

According to the Appellate Division's decision in State v. Long, Docket No. A-1857-12T3 (on-line here), Bradbury testified that when he pulled over Nelson Long for speeding, drugs "fell to the ground" when Long exited the vehicle.  Bradbury said that an ensuing pat-down turned up more drugs in Long's sweatpants pocket.

On March 10th, the NJ Libertarian Party Police Accountability Project filed an Internal Affairs Complaint with the Stafford Township police department over an officer illegally reaching into the pockets of a suspect without a warrant or due cause.

Why was Ronald C. Aron, who serves as both an Oaklyn Borough Councilman and a Haddon Township Police Officer, busted from sergeant to patrol officer?

According to his Financial Disclosure Statement, Oaklyn Borough (Camden County) Councilman Ronald C. Aron also serves as a Police Sergeant in nearby Haddon Township.   A lawsuit and settlement agreement that I received by way of an Open Public Records Act (OPRA) request shows that a March 23, 2010 administrative hearing found that Aron had violated police department regulations.  Aron challenged the discipline in an April 5, 2010 lawsuit (Aron v. Township of Haddon, Docket No. CAM-L-1759-10) and then appealed to the Appellate Division of the Superior Court (Aron v. Township of Haddon, Docket No. A-4407-10T4).

In November 2012, Aron settled his lawsuit and appeal with the Township and agreed to: a) plead guilty to "conduct detrimental to the good order of the police department," b) accept a 10 day unpaid, disciplinary suspension, c) forfeit 80 hours of accrued sick time and d) accept a "one year demotion from the rank of sergeant to patrol officer" which had already been served.